The amazing adventure of Marineland

First tourist site of the Côte d'Azur: Marineland welcomes nearly a million visitors a year. Marineland was founded in 1970 by Count Roland de la Poype. By opening the doors of Parc Antibes, the Count has a specific mission: to transmit his passion for the marine world to a wide audience to make him discover this fascinating world. Come to discover the place by going on its site www.marineland.fr/en/ !

On the program, many shows of orcas, dolphins, sea lions, birds, magnificent aquariums, a real marine zoo : sea lion, seal , Steller sea lion, pelican, flamingos, penguin, ray, polar bear . The shark tunnel offers a unique face to face with the teeth of the sea, thanks to a tunnel of 30 meters long which crosses from one side to giant aquarium of nearly 2 million liters of water.

Orcs: Marineland Antibes is the only French park to present orcas among his animals. In a giant basin 11 m deep and 64m long, you will see evolve these predators giant but endearing seabed in an impressive show

The dolphins: The dolphin show is simply a moment of great emotions where you can see the incredible power and agility of these animals and their relationship with humans.

The Shark Tunnel: Come and watch the sea hunters in a 30m glass tunnel in a giant aquarium of 2 million liters of water that mixes all kinds of sharks and rays.

Meet the animals: Swim with dolphins or sea lions, enter the shark aquarium, accompany the healers and meet the animals that make the glory and joy of Marineland.

Only a window separates children from dolphins that can be seen underwater or on the surface. This window also separates the waters of the lagoon from those of the basins. Indeed, the animals live in pools fed with seawater whereas the lagoon is in fresh water.

The Marineland Area also includes Wild West Farm, Aquasplash and Adventure Golf. The Farm Park contains, among other things, children's play facilities, animal areas, amusement rides and a Playmobil area. The Aquasplash is a water park with water slides, buoy rivers, a lagoon and a pirate island. The Adventure Golf has three mini-golf courses with fun facilities to ensure a fun afternoon.

Thus, Marineland offers thrills guaranteed in front of the representation of these fascinating animals, and parties of fun! 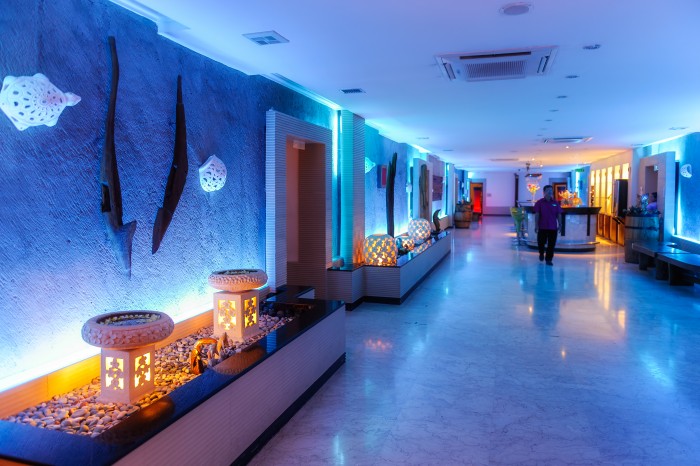